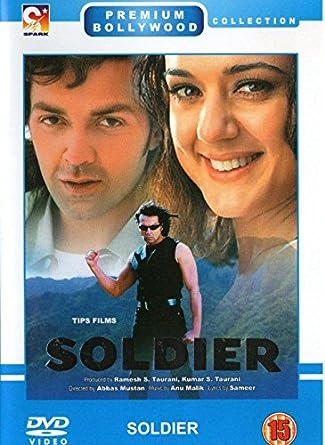 Amitabh Bachchan won accolades for his role in Pink, for “naa; naa ka matlab naa,” or something on those lines.

Years before that, in 1998, a very Preity girl had told Bobby Deol the same thing — in words that had an impact far deeper than Bachchan's baritone.

Soldier taught me to sing o naiyo naiyo (albeit not loudly) whenever anyone asks anything of me.

I had no clue that it was possible for a movie to be titled just to accommodate the lyrics of a song. The title need not be relevant at all. Soldier taught me that, as would Bichhoo.

I never believed that mera baap chor hai could be bettered. Then Soldier gave me mera pati deshdrohi hai.

Soldier released this day, 1998. The charm lingers, and is likely to linger for a lifetime.