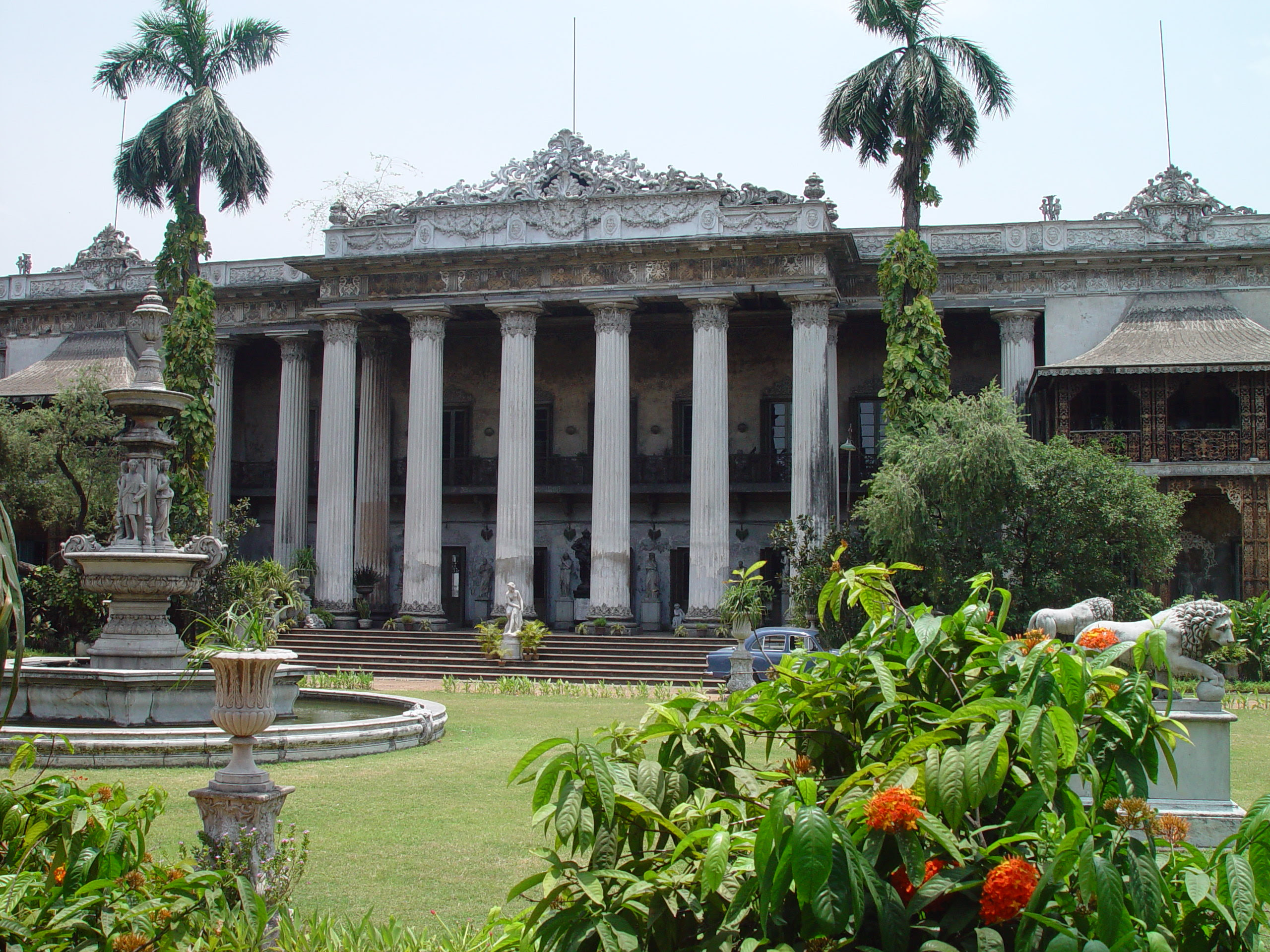 As I write this, I'm over three decades old. Like people my age, wise or otherwise, I used to think I know a great deal about the city that has helped form my life, my existence, my essence over the ages. And then, I came to see Marble Palace.

It was always there, years, even centuries before I was born. And yet, no one in Kolkata had ever bothered to tell me that it had always existed in my vicinity, possibly mocking at my ignorance; its arms were always outstretched, it was my overconfident arrogant blindness that indulged me to overlook its presence.
As you entered the campus, you'd get the feeling that the palace absorbed you long before your senses could sink into its vastness, its mind-boggling authority, its seemingly innocent yet deceptively lethal beauty.
The structure seemed oddly familiar. I had seen it somewhere over the course of time. Was it Parthenon? Was it something else? Whatever it was, it looked like I had known it for centuries. It seemed as if I had been a part of this; I belonged there. My fingers sprang into some unprecedented movement, unknown hitherto to me, to grip something, something frantically. I wasn't sure whether it was the king's sceptre or the knight's bardische, the accountant's pens or the librarian's books, the saaqi's goblet or the tailor's finesse, the sculptor's chisel or the assassin's poison vial, but there was something that I knew for years that I wanted to grasp, to cling on to for life or for my sheer existence. I could never learn what it was, but I was sure that had I ever found it, it'd have become my most prized possession, and I'd have gone on caressing it for an eternity, with the same intensity of a man who immerses itself into his beloved during the few moments he can steal from his life.
The feeling didn't last; but it lingered. It had to linger. There was marble everywhere, as pure as the most virgin of milk that has ever existed: so white that it seemed that it might ejaculate froth any moment. The alleys, the passages, the humongous doors, the vast floors all seemed known: was I possibly a prince here, playing hide-and-seek with the plebeian children who had served my illustrious father in the massive courtyard? Or was I the spy who had been seduced by the queen's beauty into oblivion in the grandeur of the ballroom? Or was I the one whose soul was ripped apart when I saw my beloved melting into the lips of her teacher in one of the secluded alleys on the first floor, where children weren't allowed? If only I could find out...
The aura of the place clung on to me through every step my bare foot strode inside the premises. The imposing paintings and pieces of sculpture might send your emotions reeling, but that's not all about it. The sheer bulk of history bore down on one's shoulders, numbing your senses altogether. You simply cannot help asking yourself the "what if"s and "what could've been"s.
You stride through the music room, the ballroom, the meeting-hall; you can't miss the enormous Belgian-glass mirrors; your eyes automatically get glued to the Raja Ravi Varma masterpiece; you cannot miss the statues depicting the four seasons, or the smiling satyr, or the effervescent Damocles, or the youthful Venus, or the entirely unexpected presence of George Washington.
There's history you can only dream of, fantasise about, never feel; you might curse yourself for missing out on the era; but can never, never live through it, realistically. You can touch history, but you cannot be a part of it. Ever. However you might crave for it, history shall always elude you; always.
*** *** ***
And then, there are certain aspects of the campus as well: you get to see the wilder side as you take a small detour to a private zoo; you get to tread on soft grass on a peaceful November morning; and then, you marvel at the realisation that this is, actually, the best-kept secret in this city. Ever.
The Palace has possibly conveyed its secret to me, time and again, over centuries; but I was too haughty, too blind to notice; and there went 32 years of my life, wasted, without noticing it at all. Time, unfortunately, seldom throws up a second chance, but if there's another time, I'm sure I won't let it go this time.
Puked by Abhishek Mukherjee at 18:54