The great man had an eye issue or whatever, so he had to cover up the bad eye to turn into Sunil Pirate Gavaskar for a day. The problem was, he couldn't do his basics, like pick up his toothbrush or grasp a glass of water.

Now, imagine that you have lost an eye permanently at the age of twenty. Then, you travel to the West Indies, the land of fast bowling, the very next year - an age when we run to tutorials for suggestions and drool over the most flat-chested of women. At Barbados, a place known for ferocious fast bowlers (Hall, Marshall and Garner are a few examples), Griffith, the mean Charlie Griffith chucks one and fells your captain. And you're asked to lead your country, not for an interim period, but on a permanent basis.

You do that. And till these two rogues from East India came along, the clash for the greatest captain ever always remained between him and Wadekar; there was no third participant, not even Kapil Dev or SMG.

Tiger's numbers don't really suggest he was outstanding. Indeed, 2,793 runs at 35 doesn't seem too extraordinary. I agree that he had played with one eye, but even then, 35 doesn't seem good enough to get yourself a place in the XI, isn't it?

Let's check how other Indians did in the 1960s, then, before he took his rather unusual sabbatical from test cricket. Borde tops the chart with 2,562 at 37.13, and Pataudi comes a very close second with 2,552 at 36.98. Jaisimha, Engineer, Manjrekar, Wadekar, Sardesai and Umrigar have actually scored less in the 1960s. Just wonder what he would have done without his physical drawback.

His greatest hurrah, though, came in 1968 at MCG. He came in at 25/5, pulled a hamstring, batted with a runner and scored 75, the innings of his life. He backed it up with 85 in the second innings, but that seemed irrelevant after the 75. Almost anything would have.

But that's sheer numbers. What the scorebooks craftily overlook is the fact that before Pataudi, no other Indian captain had given the nation a belief that we're as good a side as any other. We can take on any side in the world; we may lose, but we're not going to give up without a fight.

He knew he wouldn't have a fast bowling attack as potent as his contemporaries. So he chose to fall back on spin, and promote all-rounders: this led to spectacles Indian cricket has almost never witnessed in the past or future: four spinners or four all-rounders playing simultaneously, match after match. His resources were limited. But he made sure he made the most of whatever he had at his disposal.

And then, when all seemed lost in The Summer of 42, after the selectors had sacked Wadekar and The Bat in Indore was tarnished, Pataudi made a comeback. To counter Roberts, Holder and Julien (and Gibbs) the best option he had was Madan Lal, who used to bowl slightly faster than my grandfather walks these days. Which is saying something, since the latter is, alas, dead for ten years.

To add to that, Gavaskar remained injured for three of the five tests. India were down 0-2, and then, thanks to Viswanath's brilliance, managed to set up okayish targets for Lloyd's men (that included Greenidge, Fredericks, Kallicharran, Richards and Lloyd himself) during both the next two tests.

And then, despite persistent boos from the crowd after being hit, Chandra was persisted with at Calcutta and Prasanna at Madras. And we won twice to come back from nowhere. True, we lost the final test, but not without a fight, and the series was possibly the greatest ever played on Indian soil till a certain VVS turned things around at the same two grounds over a quarter of a century later.

Oh, did I also mention that he was an existing nawab, and married one of the bombshell filmstars of the era?

We have a Little Master. A Haryana Hurricane. A Master Blaster. A Wall. A Whatever of Najafgarh. A Very Very Special person. Even a Maharaj and a Jumbo. But only one Tiger. Because the others played king-size. Tigers live that way. You see, not many captains prowled in the covers instead of yawning at first slip or mid-off. 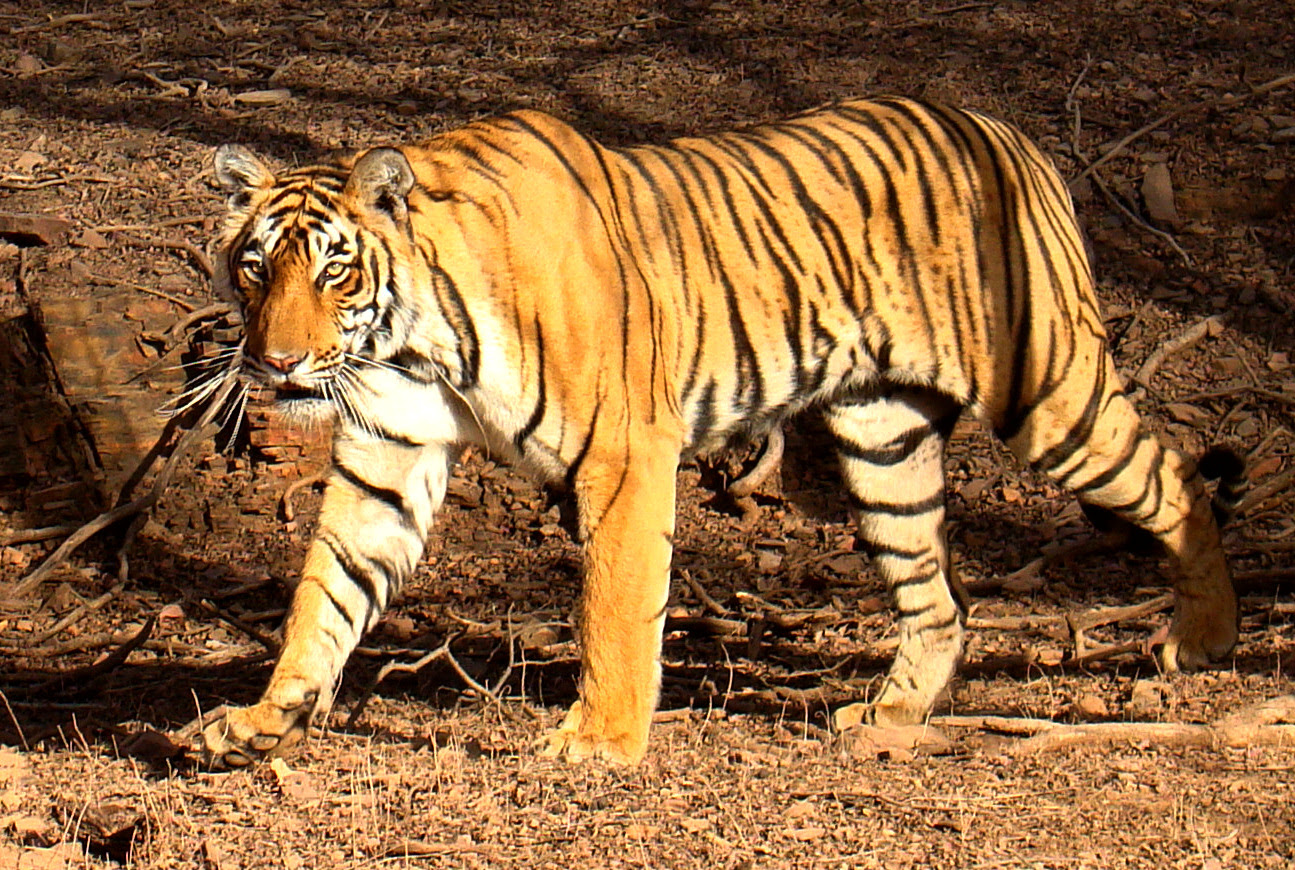 Puked by Abhishek Mukherjee at 22:09