It was a sad, rainy day. I had been at Lower Parel — the most glamorous of all Parels in the world — after an important-sounding seminar that I had to attend. It was a ten-minute walk to the nearby Phoenix Mills.

For the uninitiated, Phoenix Mills is a mall that used to be a mill and came to be called a mill instead of a mall. Confused? I cannot help you if you are. I did not name it, and it does not really seem that I will get to name a mall at any point in my life.

But this is not a post about Phoenix Mill. It is about Francesco’s, an unassuming pizzeria located almost outside, but actually inside, the mall, or mill, or whatever.

The rain had just stopped, and the Sun had peeped out. Francesco’s had the magic words written outside: FREE WI-FI. I did what any famished, internet-deprived, sensible man in his mid-30s would do. I stepped inside. 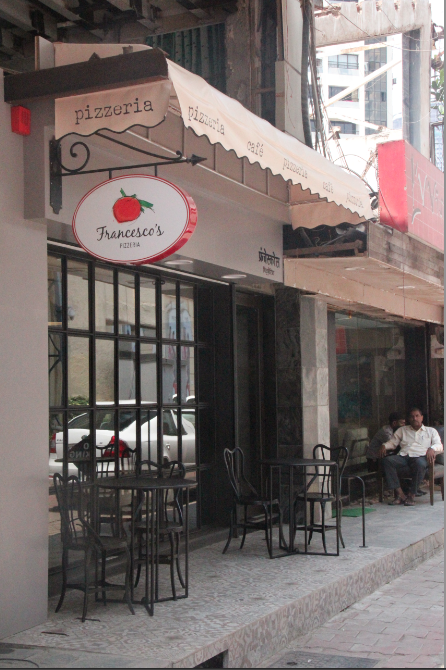 It took me two hours to get out despite the rain had stopped; I had an umbrella, so I need not have waited. It was just that the food was scrumptious: all of it; and I surpassed myself by making my way through a complete five-course dinner (which does not include coffee).

I usually rate eateries based on food, waiting time, quality of service, and price; to cut things short, Francesco’s scores high on all counts, along with free wireless. They do not only make you leave happy: they pamper you.

Let me get started, though: I asked for a double-shot espresso; it turned out to be cheaper than its CCD counterpart, was about a gazillion times tastier, and came accompanied by cookies and savouries.

I asked them for a recommendation. Pear and Argula Ambrosia salad, they said. I was a bit circumspect, simply because it was vegetarian, but then, the Francesco’s knows the art of combining succulent pieces pear, crunchy walnuts, and tara mira leaves with a mild tinge of pepper to create magic. It was perhaps the best salad I have tasted in Mumbai.

I got curious. I asked them more about the restaurant. Francesco’s had apparently been around for a mere two months, they said. They did not do the usual FIFA World Cup promos like every other restaurant in the city. They simply backed their biggest strength: FOOD.

While we were having this conversation they conjured another chef’s special: Beet Ravioli in Brown Butter, Hazelnut, and Parmesan. The rest was fine, and I usually swear by ravioli, but beet? They assured me.

Yes, beet. Francesco’s beet ravioli is red, soft, generously dipped in olive oil, and, in a word, delicious. All etiquette was forgotten, and all five pieces vanished into my mouth before I could realise. Mind you, everything I had till then was vegetarian, and they had already won me over.

Francesco’s, too, was a fusion food outlet. There was a difference, though: the chef did not want to combine Italian with Indian; he simply added a mild, very mild flavour of Indian spices; it was so subtle that the Italian authenticity was perfectly retained, and yet you were left smiling, since your taste buds had reminded you of a familiar taste from your childhood days. The art lay in the proportions, and Francesco’s had executed it to perfection.

The first Francesco’s had opened in Shenoy Mansion, Kemps Corner by Mikhel Rajani. They had used drone delivery (the first in India to do so). They had used UAVs for the purpose, taking the notorious South Mumbai traffic by surprise. You can check it on YouTube.

The pizza arrived and vanished in no time. There was mozzarella and lime mayonnaise on it, and the pizza base was perfect as far as thickness (thinness is perhaps a better word), there was the mildest touch of coriander, and I immediately ordered for Fettuccine and Porcini Mushrooms (another vegetarian entree, do note).

It was creamy; very creamy; and very mushroomy; and the pasta was very, very soft. I was surprised by the amount I could eat: in fact, I could not remember having so much food in one go since I have arrived in the city that never sleeps.

“Dessert?” they asked. To my surprise I asked for the menu. It seemed to be a fairytale place where your appetite increases as you eat more.

So Francesco’s Signature Red Velvet Waffle arrived with a generous portion of whipped cream, and duly disappeared. I have no idea how they could make the humble waffle so delightful, but they somehow managed to. Here is a picture. 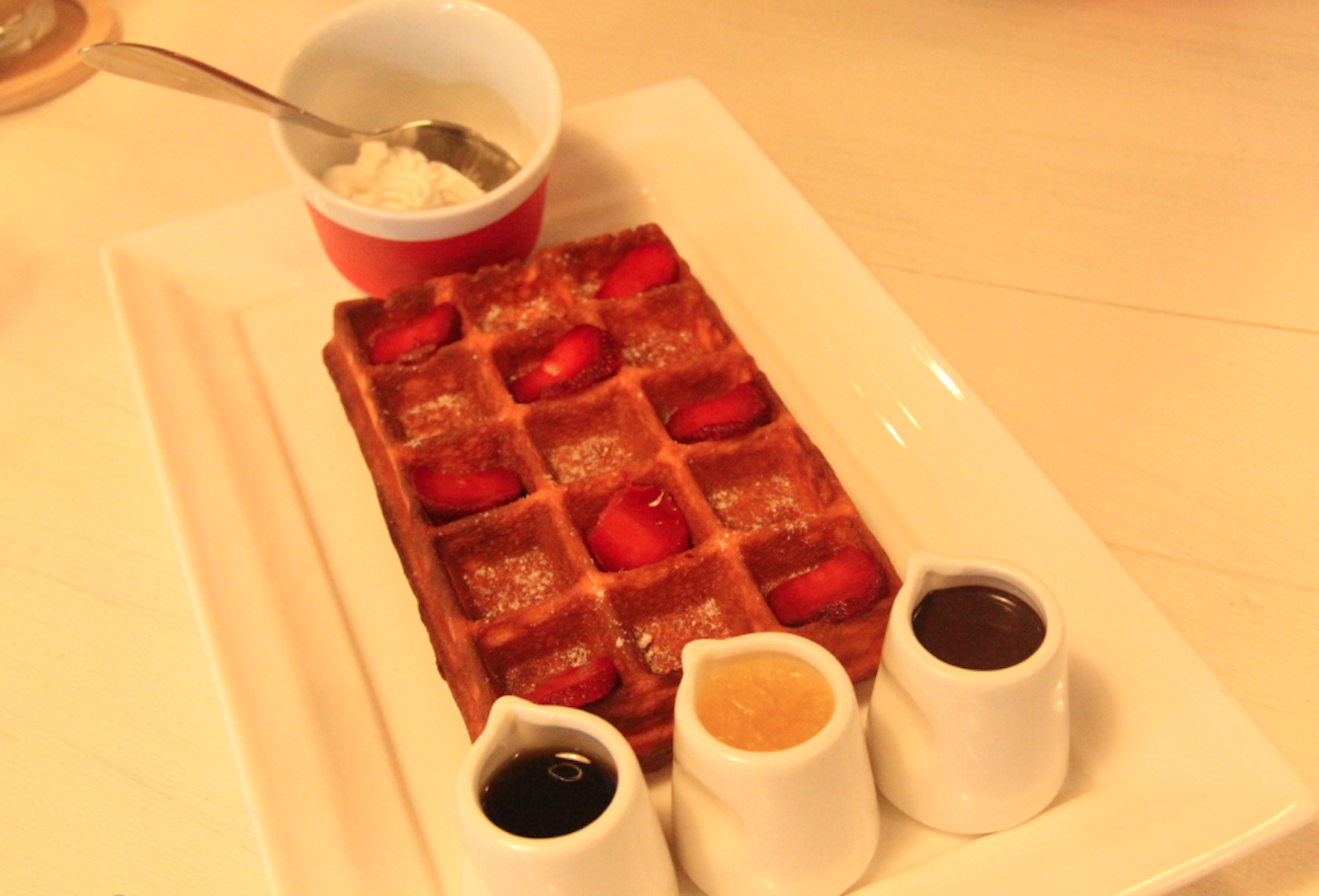 It is a pity that it took me this long to come up with the review. Weekend is over, but if you go anywhere towards Town next weekend (or on any other day), do make it a point to drop in. They will serve you with a smile, and the hungrier you are, the better.

You do not need to have a fat wallet, either. Do visit. You will thank me.
Puked by Abhishek Mukherjee at 01:11