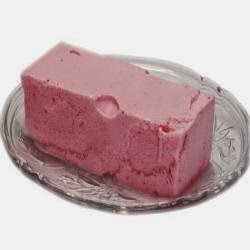 Didibhai got married in 1993. I am not sure whether Didibhai is my most favourite cousin, but she surely ranks in the top four of the quartet. However, she has always been a reliable confidante and makes the best homemade chilli chicken in the universe, so she is definitely a contender for that top spot.

But that is another story. She had decided to marry in 1993, which was also the year in which I appeared for my Madhyamik — the West Bengal Board equivalent of ICSE or CBSE.

Note:
I know that this gives away one of those mysteries that I had managed to keep away from mankind so successfully all these years: my age.

This also meant that I was enjoying the first of the two three-month vacations one associates with Madhyamik. The other happened immediately after the examination, which also brutally exposes the humiliating fact that it took three months to bring out the results.

The first three-month phase was, of course, the “study leave”, which, in student language, translated roughly to two-and-a-half months worth of siestas, UGC-granted programmes on Doordarshan, reading all sorts of books, ogling at girls during tuitions, and gaining weight; this was usually followed by fifteen days of frantic slogging on Samudragupta and leading bauxite-producing areas — information that was supposed to change my life for good.

But this story is not about Samudragupta, and neither is this about his cousin; it is about my cousin; if it had involved bauxite, I am not aware of it. This is about Didibhai, her wedding, and strawberry ice-creams, and the incident.

My uncle and aunt, both nice people, had apparently committed a blunder: they had decided to include ice-cream in the menu for the wedding reception. One has to remember that this was 1993, when pocket-money was scarce, and we had to battle hard for the “cup ice-creams” from the Kwality, Magnolia, or Farinni carts.

This meant that ice-cream was special. Of course, ice-cream was available at Scoop and Sub-Zero (opposite The Hobby Centre), but that was where cool grown-ups on motorbikes took their girls to. For us, ice-cream was generally sacrosanct, and was one of the reasons that we looked forward to weddings.

Eating ice-cream from cups has always a mission. It is a three-step thing:
1.      You undo the lid first; the underside of the lid is white, and has an ear of sorts: you started the ritual by licking the white side clean.
2.      Now you move on to the cup with that fragile wooden spoon (the one that looks like a truncated spatula) they provide you.
3.      Once you are through with the last scoop-able bit of ice-cream with the spoon, you are faced with a new problem: there is still ice-cream in the edges of the base of the cup — edges that are too narrow for the spoon to slide through.
This is where the fingers come in: you run them along the rim and shovel out the last remnants.
4.      Bonus step: if you still crave for more and can do away with random stuff like inhibition, just use your tongue.

All this meant that they wanted to surprise everyone by including ice-cream in the list — a decision that, as mentioned above, backfired. It does not seem to be a grave error, but the January of 1993 turned out to be one of the coldest in the history of mankind.

Kolkata froze that January. It snowed all day and night, and soon we were below three feet of snow, out with shovels to remove the snow from our driveways. Of course, the above statement is a blatant lie, but it gives you the idea. It was remarkably, unbelievably, undeniably, brutally, selfishly cold — the kind that is supposed to ooze of stalactites and stalagmites but did not.

As a result of the intense cold the inevitable happened: there was surplus ice-cream. Loads and loads of ice-cream, Kwality, strawberry-flavoured, in little, identical white cups with hints of pink seeping out of the corners: good times lay ahead, for sure.

The customary discussion regarding the distribution of the party leftovers followed the wedding as I was sent back home along with my grandparents (which was a five-minute walk) to study the mysteries of xylem and phloem.

Then they arrived: my father and someone (I cannot recall who it was) in a taxi. I was curious. I had to be curious: why would my father cover a five-minute walking distance in a taxi?

Then they unloaded the carton. There were 107 cups in all. Our house was apparently the nearest, and had one of the emptiest freezers. The general consensus, thus, was to shove the ice-creams in our freezer.

Let us go over this: a hundred and seven cups of ice-cream in the freezer (well, of course all of them did not fit inside the freezer; most of them found their way in the refrigerator). To add to the situation, I was on a three-month-long vacation.

Then came the command — the greatest command from a parent in the iconic Mukherjee lineage of South Kolkata: “finish the ice-cream as soon as possible; you are on vacation; it is your responsibility to ensure that food is not wasted.”

It took me a couple of days to realise exactly what was wrong with the process: I consumed ice-cream faster than they froze. This meant that the freezer was soon full of semi-cold ice-cream. Since my lust for ice-cream was a stronger emotion than the desire for frozen ice-cream, I chose to gulp them down.

It took me (and my entire household) just over a week to polish the lot. I did not need to go out to buy rolls when guests turned off. I kept a count (and I have reasons to believe that it is more or less accurate): I had managed to finish 77 cups of ice-cream in a week.

All Kwality; all strawberry; almost all semi-liquid and semi-frozen: I, forever the obedient and proud son, had kept my parents’ command. Unfortunately, that had come at the cost of losing my willingness to have strawberry ice-creams for good. It was also successful in taking me off two-in-one (half vanilla, half strawberry).

Morals of the story:
1.      When your parents order you to do something you like, there is a catch somewhere.


2.      Do not fall for pink, soft things, however tempting they might be, before board examinations.

Puked by Abhishek Mukherjee at 03:57