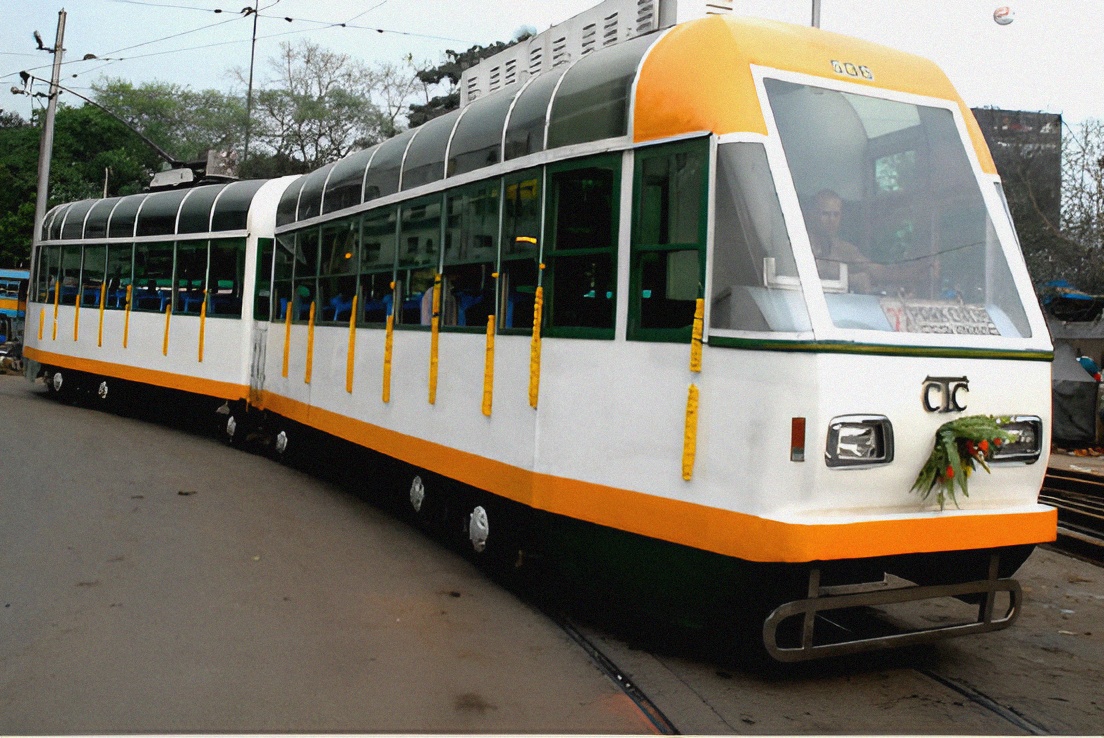 It was about eight in the evening, Kolkata, or perhaps later. I wanted a breather after a hard-fought train journey back home, so I chose to take a minute out of the routine to lean on the footbridge railing and watch trains pass.

But Mumbai shoved me aside on that footbridge, Kolkata. She did not let me watch trains in the evening in peace, for doing something without a reason clashes with the principles on which she functions. Left without a choice, I had to drag myself home.

And that, Kolkata, tops this list of February rants. I know I have brought this one up before, but this one is unlikely to desert me. Of all cultural shocks I have encountered in this incredible city, this has been the rudest.

Why am I telling you the same story yet again, Kolkata? Why wouldn’t I? There is no one else who will get this. And it has to be in February as well – for that is when I miss you the most.

It used to be different in Navi Mumbai. Serene, relaxed, she almost reminded me of you, Kolkata. She could have been one of us, you know. Instead, she belongs to a family almost entirely dominated by her glamorous elder sibling who has decided to forego leisure for prosperity.

And yet, despite clogging my senses with smog, despite wearing me down with traffic, Mumbai has given me shelter when others had turned their backs on me. This, despite her persistent efforts to convince me that yeast-processed flour lumps sliced open and stuffed with lipid-processed tuber discs qualify as food.

No, I cannot help but be grateful to her. But then, that is gratitude – and gratitude doesn’t make a city home, and both of us know that, Kolkata.

I know I am ranting, but this city, despite her glamour and bustle and skyscrapers and pomfrets, refuses to be home.

Sometimes I wonder, Kolkata, why I care for you so much. You are dying. Your language is dying. You prefer to be stuck in an almost uniquely glorious past. You live in a constant state of denial, refusing to believe that the world has moved on and your present has failed to live up to the standards of your past.

You have ceased to be yourself in your maniacal aspiration for prosperity and glitz long time ago. You have failed spectacularly, not only in fulfilling your dreams but also in doing what you used to do best. Worse, you do not even want to be in the run anymore.

Perhaps you have lost the gumption for that one final battle for supremacy. You choose to writhe in agony instead. Just like this blog, parented by you and this month and fostered and now almost abandoned by me.

And yet you are home, for I don’t share memories with anyone the way I do with you. And our shared memories go back a long way, remember?

You know about that one girl in a yellow saree more than twenty-five years ago. You know how she stood out in a group of friends near Manohar Pukur Road. You remember those five minutes or maybe fifty, for you, unlike me, always had the sense to look beyond those long eyelashes. You know I never saw her again but will know her the day I do.

Memories, Kolkata, memories, so many of them, so many, of school and of college and of romances and of so many firsts. Of February, of polash, of books new and old, of George Biswas on “mono” music systems, of Vividh Bharati, of bat on ball, of Priya and Menoka and Basusree and Bijoli and Bharati and Kalika and Indira and Rupali, of evening walks.

I wonder how you celebrated Book Fair this February. Or your customised Valentine’s Day – when you drape your enticing femininity in yellow saree – a day absurdly superior to its synthetic impersonation the world prefers to celebrate on February 14.

Are you persuading them to draw the sheets at four in the morning this February as well? Is winter still busy warding off summer in her valiant annual battle? Are the prickly heat powders out already? What about the “season-change” warnings from anxious mothers?

Or have things changed completely?

But then, that is not possible… for is February not your month to don the crown? Is it not the time when the world looks at you in envy, in awe, in – you tell me, Kolkata, for I am running out of words and emotions and more.

But then, is that not what is expected when I think of you in February?
Puked by Abhishek Mukherjee at 17:21

Email ThisBlogThis!Share to TwitterShare to FacebookShare to Pinterest
Tags: February